Josephine’s earliest jazz influences were the lyrical horn players. She loved to sing along to trumpet and saxophone solos by Miles Davis and Paul Desmond, and to dance to the Latin and Brazilian jazz rhythms played by Stan Getz, Tito Puente and Dizzy Gillespie.

The vocalists who she admired and who were her influences include Frank Sinatra, Nat King Cole, Billy Holiday, Ella Fitzgerald, Carmen McRae, Sarah Vaughan, Betty Carter and Brazilian vocalist Elis Regina. Today, Josephine's creative inspiration for her singing comes from traditional and crossover jazz, classical and ethnic harmonies which blend the many cultures of the world. She loves to hear Bach’s compositions improvised by jazz musicians.

Josephine Livoti is a versatile jazz vocalist based in New York City. Her well-rounded repertoire includes songs from the Great American Song Book and compositions by jazz and Brazilian masters. Josephine's voice is warm and rich in tone and she delivers her lyrics with clarity and soulfulness.

She has performed with jazz masters, including Howard McGhee, Richard Davis, and Roland Hanna at such notable New York venues as the Blue Note, the Jazz Center of New York, and Saint Peter's Church (the "Jazz Church"). She has also been featured at The Greenwich Village Jazz Festival and the JVC Jazz Festival in New York City.

Her music education includes, jazz studies with Harold Danko, Hal Schaefer and Herb Buchanan; and cabaret and popular music studies with Elly Stone; classical and contemporary music vocal performance at Mannes College of Music. She studied drama with Bill Hickey and musical theatre with Rita Gardner at the Herbert Berghof Studio. Her interest in comedy led her to Chicago City Limits in New York City, where she studied comedy and improvisational theatre, and later Improvisation for Commercials, TV and Film at the SAG-AFTRA Conservatory.

Recently, Josephine has spent time honing her voiceover skills at the Actor’s Connection with Paul Liberti, as well as at the Entertainment Industry Foundation (EIF) Voiceover Lab through the SAG-AFTRA Foundation. The Linklater Center, NYC has been the source of exploration for mind-body work in voice and connections with the Feldenkrais Method with Andrea Haring and Tamala Bakkensen.

Her performing arts union affiliation is with SAG-AFTRA. She connects with the Jazz Community through her associations with the International Women in Jazz, Jazz Vespers at Saint Peter’s Church, and the Jazz Congress annual events at Jazz at Lincoln Center.

Listen to a sample of Josephine's voiceover work 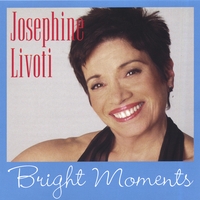